My conversation with Steve Nash

ME: Are you aware that you are very possibly the coolest person in the world?

STEVE NASH: (chuckles politely but, you can tell, slightly warily) I don’t know, there are a lot of people in the world.

STEVE NASH: (rolls eyes up, like he’s counting people in 20th story windows, then continues as if by instruction) Higher.

STEVE NASH: (bulges eyes at me)

ME: Hey remember when you Tweeted that picture of your breakfast?

ME: Yeah. That was awesome.

ME: I could go for some food. Hey, let me ask you a question. That was all eggs and sausage and shit. I remember when I read that you don’t eat sugar. That’s true, right?

ME: It’s SUGAR! YOU CANNOT AVOID IT.

STEVE NASH: I do.

ME: I call bullshit on this entire enterprise. You’re misleading the public.

ME: This… this is an outrage.

ME: (whips out Pixie Stix) 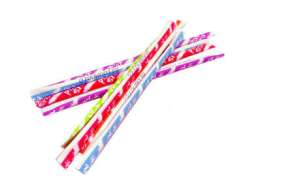 STEVE NASH: Whoa. Careful with that.

ME: (grabs him by the face, jumps, pours it in his mouth, he grimaces and spits it out like it’s salt.)

STEVE NASH: Get that guy!

(By this time there are a few people watching, and a couple guys stand in front of me, blocking my way. One of them, like several others around us have taken out cell-phone cameras and are taking video.)

(STEVE NASH approaches me and is kind of menacing.)

STEVE NASH: You just WHAT? (He’s standing right over me now)

(In one quick, effortless motion, he pantses me, revealing boxer shorts with vegetable prints on them.)

ME: (tries to run, falls over shorts)

STEVE NASH: Have a nice trip. See you next fall. (everyone is dying now.)

ME: Oh, no snappy comeback? You never could play defense.

STEVE NASH: (angry again, pulls a handful of things from pocket, starts throwing them at me) Yeah… but I can play offense.

ME: Those are MENTOS!

(he guzzles a handful of them, sprints away)

(he gives a thumbs up; 20 minutes later, a stray Mentos thwacks me in the head, but he is nowhere to be seen)

5 Comments to “My conversation with Steve Nash”